Gian Antonio Golin graduated in Philosophy and Letters in Padua, specialized in Architectural History in Italy first and in Paris then, where he received his master degree in architecture. Professor of Aesthetics at the Sorbonne IV in Paris, for thirty years he has had pledged to cooperate with the Fondo per l’Ambiente Italiano (FAI) and now he’s directing A.R.P.A.I (Associazione per il Restauro del Patrimonio Artistico Italiano). Personal exhibition in Luxembourg, Germany, Netherlands, France, Austria, Italy.

He started a career as a teacher and lecturer who has led him to collaborate with the International Centre of Architecture in Vicenza, with the University of Miami for the seminars in Italy and with the Sorbonne and various museums (Musée des Arts Décoratifs, Musée de l’Homme, the Budé Foundation, Ecole du Louvre and many other cultural institutions in France).

Soon started to write for magazines and books, mainly on issues about architecture and particularly on relations between the French Neoclassicism and the legacy of the culture left by Palladio.

See the complete archive of artworks belonging to the collections “Afrika, Scritti nel Vento” and “Medea, Dignity and Deception” 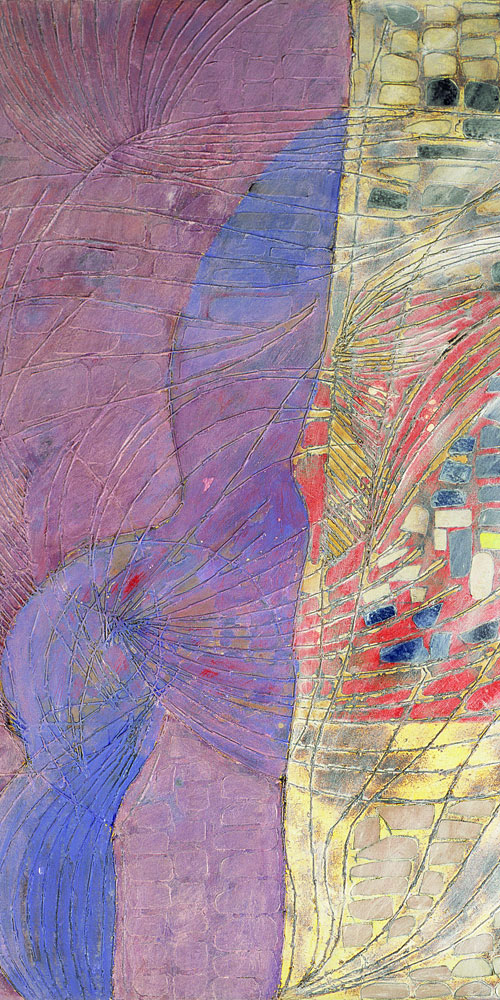 "Afrika belongs to me, is in my memory for a long time, I made a tattoo on my skin, I write and convert in my memory in fabrics, real webs full of years and strong suggestions, rituals, mark of magic -writes Golin- Afrika is a scripture in the wind, so is better its magical k, will clots better on canvas sewn, scrolls of memories and experiences. I wish it were a skin full of marks, hermetic signs, indelible fingerprint of labytinth and constellations." 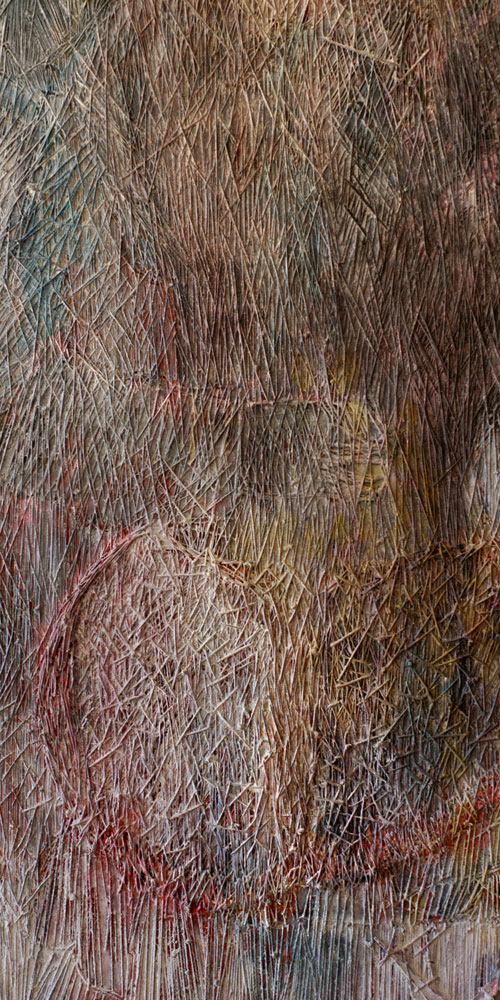 "The character who climbed on the platform of my research is that Medea by Euripides and that of Pasolini. I tried to express the attraction that arouse in me the divine barbaric ancient, especially that of the rites and magic, the enchanting beauty of places in harmony, without perversion and deception, authentically entrusted to the embrace of nature, and I knew that nobody has desecrated. Are the places and the dawn of the sacred rites and human, filled with anxiety and mystery, between life and death, between dream and poetry, bitter or sweet. My paintings-sculpture, on Medea's story, female and male, inseparably, are filled with totem, scriptures, nodes, lines, often interrupted, teetering between what is definable or barely noticeable or unknown." 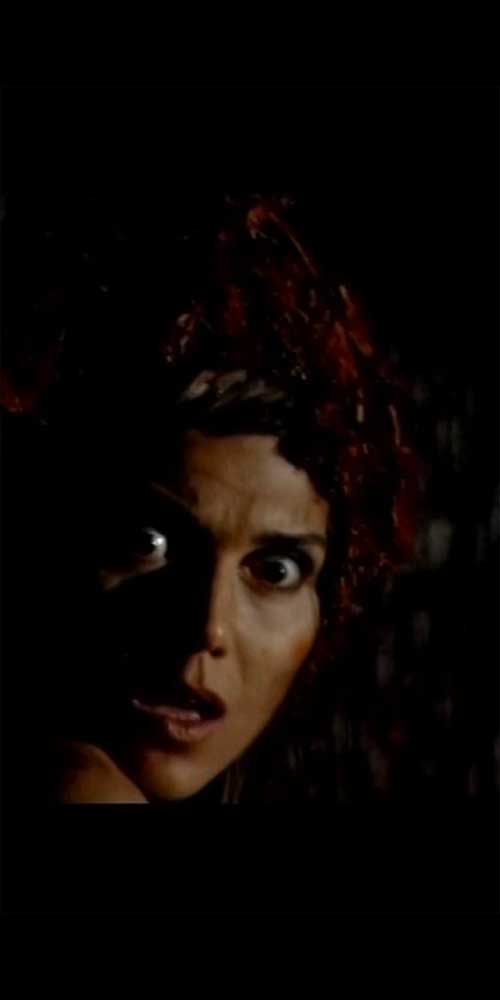 Information about exhibitions and events

Afrika, Written in the Wind

SCHEDULE: from tuesday to saturday

presentation of the artist by
Arch. Sotirios Papadopoulos

A section of the exhibition is on display
from 19.30 in the showroom STUDIO 60
Contrà in Port Saint Lucia, 60 Vicenza 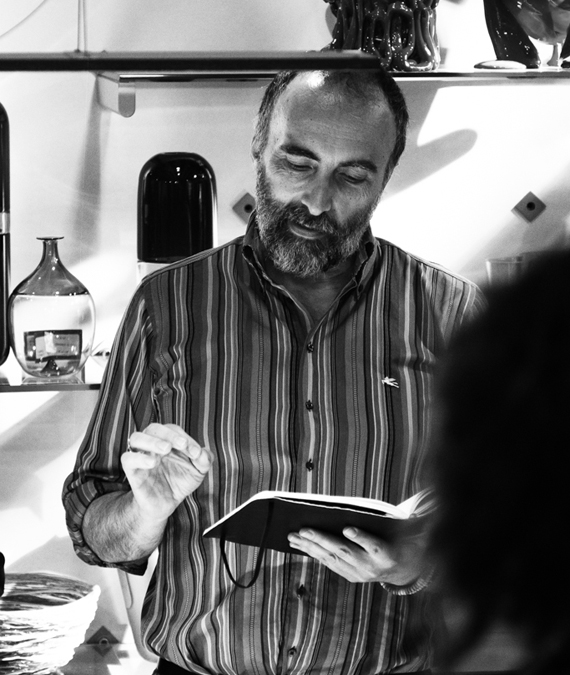 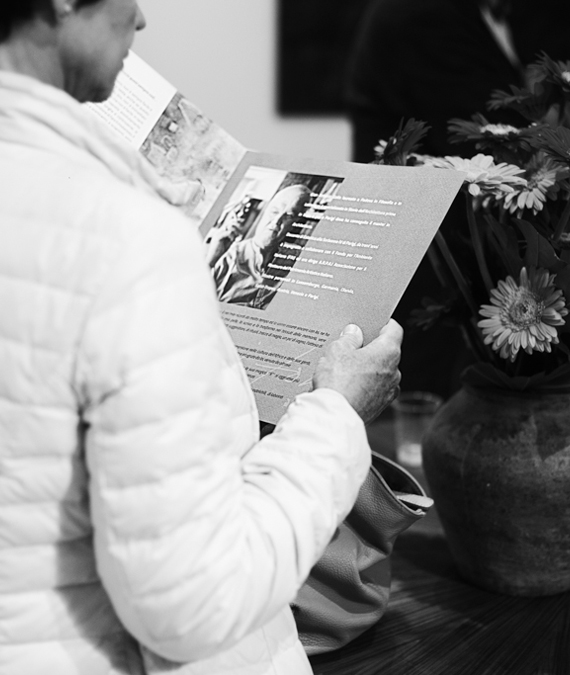 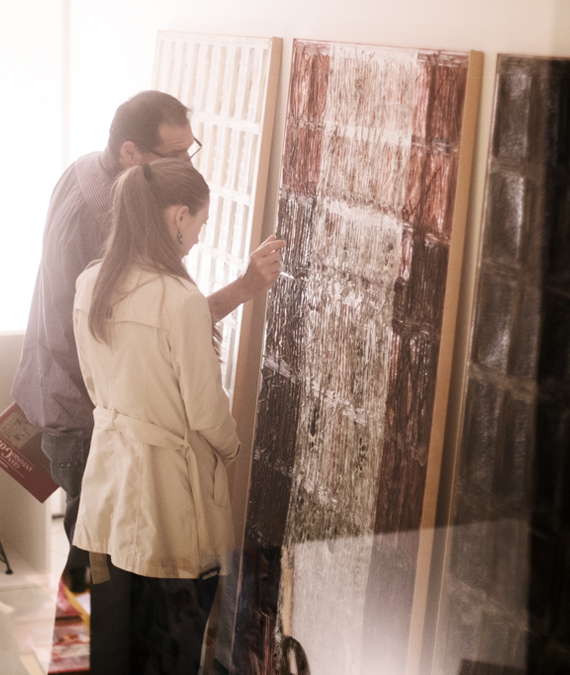 Fill out the form online, you will be contacted as soon as possible by e-mail or phone.